Luzarches is a small mediaeval town of approximately 4,300 inhabitants situated to the north
of Paris in the department of the Val-d’Oise in the region known as the Ile-de-France.

Luzarches is easily reached by car, by aeroplane (Charles de Gaulle airport is not far
away) and by rail as there are frequent trains from the Gare du Nord in Paris to the station
at Luzarches, which is the terminus.

The railway station in Luzarches

The impressive mediaeval church of Saint-Côme and Saint-Damien is an important
feature in Luzarches. Situated on the outskirts of the town its spire dominates the
surrounding countryside.

The Church of Saint-Côme and Saint-Damien

This centre of the town boasts a beautifully preserved mediaeval covered market, la Halle. It
is the hub point for many of the events which take place in Luzarches.

The covered market which
has also featured in French
films.

The weekly market which is held on a Friday has recently moved to a new site just a few
metres away.

Also in the town centre is the town’s administrative building (la Mairie) where the mayor
has his office. Couples also have the civil part of their marriage here.

The town hall (la Salle des Fêtes) where much of the cultural life of Luzarches centres is
named after a star of the French cinema screen who lived and died in Luzarches.

There is a tree lined square, la Place de la République, where many outdoor activities take
place. In late September the Highland Games, a popular event now in the Luzarches
calendar take place here. It is also a popular spot for those wishing to engage in playing
pétanque (bowls French style). 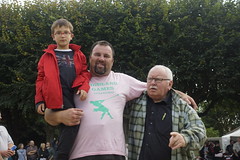 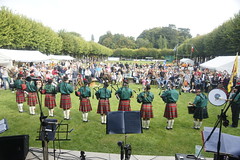 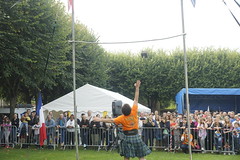 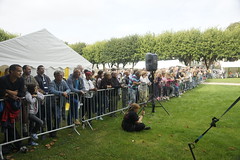 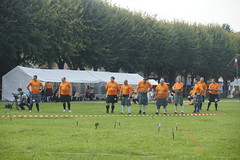